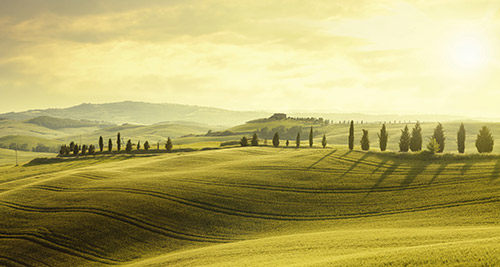 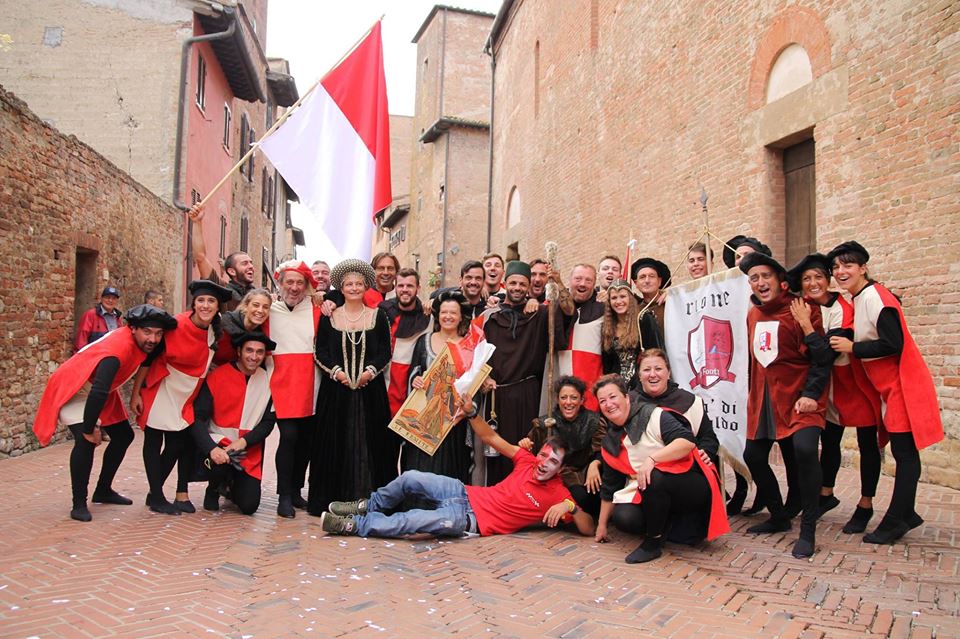 The Oratory of the “Guardian Angel” at Fiano (Certaldo, Florence)

This article is dedicated to “Le Fonti” District and its Oratory, set among the oldest homes of Fiano, a small hamlet 7 km from Certaldo.

Every self-respecting district quarter has its own Oratory, a prayer hall where the whole community gathers.
Locals call the Oratory “Cappella di Santa Cristina” (Saint Cristina’s Chapel) and it was built in 1703 by “The Most Reverend Sir Antonio, son of the late Francesco Nocchi (that was in turn son of Alfano Nocchi), priest and citizen of Florence and also dean of the parish church of San Giusto a Ema”. 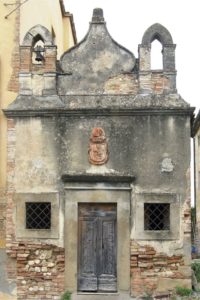 In his will the Most Reverend Antonio Nocchi set a small farm with a house for a worker as “dowry” to insure the support of the Oratory, a place called Piaggia del Borro ai Corbi close to San Lazzaro.
The Vecchiettis, noble owners of the villa close by (which today is known as Fiano Farm, and belongs to Ugo Bing), were named as Oratory patrons: in order to thank them for their services, Antonio Nocchi decided that three masses per week -in addition to the Sunday one- had to be presided by the Chaplain of San Donato a Lucardo‘s Church.

The future Oratory, as stated by the testator, had to be dedicated to the “Angelo Custode” (Guardian Angel).
In the old documents found until today, it is always remembered as Oratorio dell’Angelo Custode (Oratory of The Guardian Angel). In an inventory from 1794 we have found a very detailed description 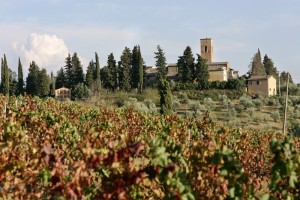 of the chapel’s furniture: holy vases, candle holders, vestments…
Among the furniture, there was also a fresco representing the Guardian Angel and three golden square shrines with holy relics placed inside the altar’s step.

Among other things, the inventory mentions a small piece of the Holy Cross and the holy relics of Saint CRISTINA, Virgin and Martyr.
The presence of these relics explains why the people of Fiano (although we do not know since when, exactly) call it the Oratory of Saint Cristina and not just with its oldest name: the Oratory of the Guardian Angel.

The relics of Saint Cristina diverted the congregation’s devotion from a more generic cult (Guardian Angel) to a more specific one, closer to the people of Fiano.

Today the memory of the festivities of Saint Cristina, taking place on the 24th of July, are still vivid among the inhabitants of Fiano; during the celebrations, the Oratory bells chimed and their sound was supposed to chase away storms and ensure the harvest safety.

Certaldo and its surroundings: an area with a rich historical background we invite you to discover thanks to our guided tours!